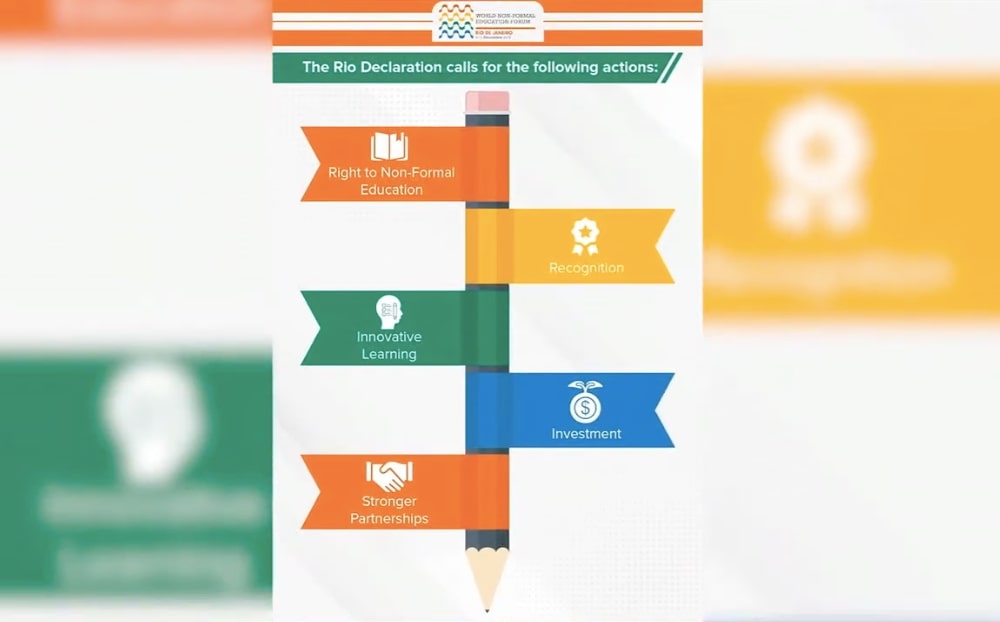 Delegates took part in important decision-making and heard exciting announcements for the future of Scouting on day 4 of the 42nd World Scout Conference. We danced to a new song for Scouting and looked back on the impact of the first World Non-Formal Education Forum and the Rio Declaration on Non-Formal Education as one of the event’s key outcomes.
A number of side events took place throughout the day, including an update from the World Scout Foundation and two gatherings hosted by Regional Scout Foundations in the Africa and Interamerican Regions. You may have also dropped in to the special event to learn about the Kandersteg International Scout Centre’s 100th anniversary celebrations being planned in 2023.
Knowledge sharing and skills building
We connected virtually through a number of workshops to showcase the activities and best practices being implemented by National Scout Organizations around the world. The sessions focused on topics including: membership recruitment, diversity and inclusion policies, financial management, building strategic partnerships, and the impact of Scouting in humanitarian settings.
Participants asked questions and learned how to apply these good practices in their local and national contexts. A series of follow up sessions enabled delegations to work together to implement the Conference outcomes in their National Scout Organizations. Voting on key decisions during the Conference
In plenary, the Resolutions Committee presented its report to the Conference on Amendments proposed to Draft Resolutions. Delegations then spent most of the session discussing and voting on a number of topics that will shape the future of World Scouting over the next years. The Conference adopted the draft objectives of the World Triennial Plan 2021-2024, as well as Resolutions on Youth Engagement and the Evolution of the World Scout Conference & World Scout Youth Forum.
Reaffirming the Scout Movement’s commitment to the protection of young people, the Conference agreed on an ambitious Resolution to strengthen Safe from Harm across the Movement. A 99% vote was achieved towards an amendment to the WOSM Constitution declaring Safe from Harm standards become a fundamental membership requirement.

The 42nd World Scout Conference finished on a high note with more than 2,300 participants representing 170 National Scout Organizations connecting from around the world to…
1 year ago